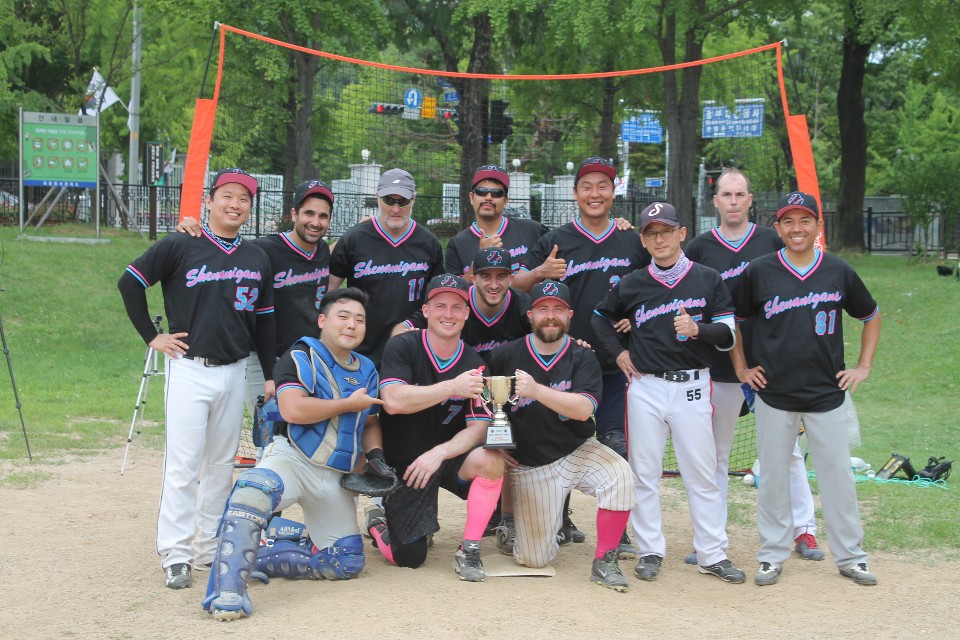 A solid Spring season with 5 wins, only 2 losses and 1 tie earned Shenanigans the first seed for the playoffs, closely followed by Route 66 (5 wins and 3 losses). See the final season standings here.

In the playoffs Shenanigans showed its best side by kicking ass. They started off by rolling over Beer O’Clock (5-20). And in the championship game they ended just as strong with 13 to 6 against Phillies. See the game report videos here.

Congratulations to Shenanigans for this well deserved win!

I’ve been in the league since the very first game in 2011. I’ve won one championship in 2014, but now 9 years later I find my first win as a captain. After mostly losing in multiple Championships to many teams, by colossal and humiliating scores, I can tell you this wisdom… The best day in this league is draft day. Day one. When you’re all a new team again and you’re all going to win. That’s the love of the game.